While extending and renovating the Clinic at Galana in 2012, Friends From Ireland visited the local primary school. We were shocked; the children were enduring the most horrific of conditions in mud and timber structures and a ragged selection of dilapidated buildings. They suffered not only from an unacceptable learning environment but also from medical issues arising from the unhygienic conditions in which they gathered. 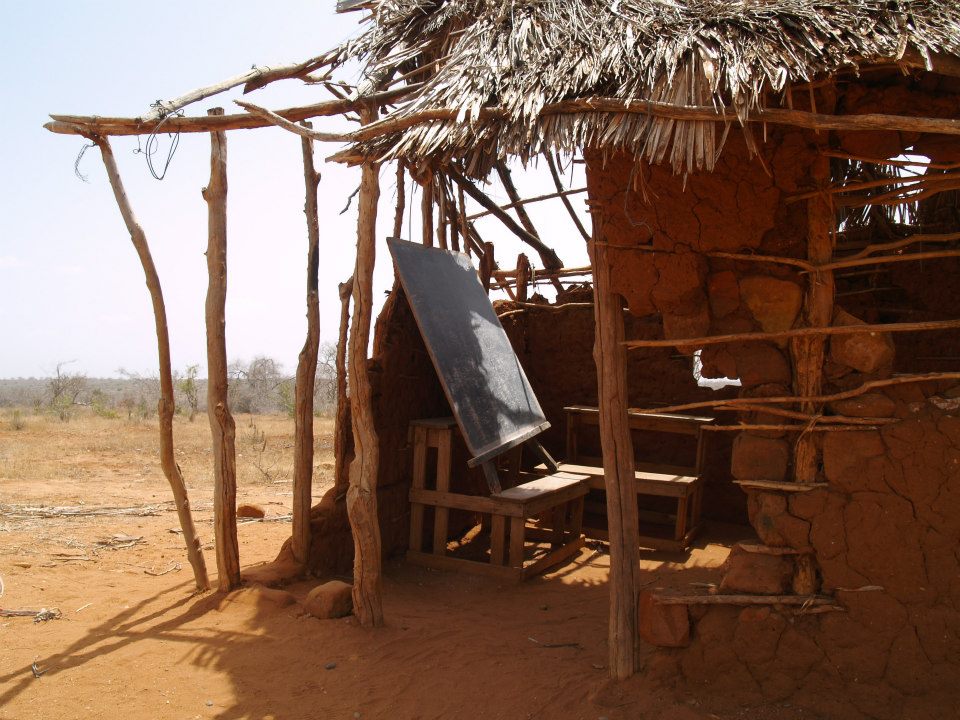 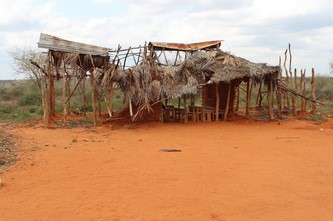 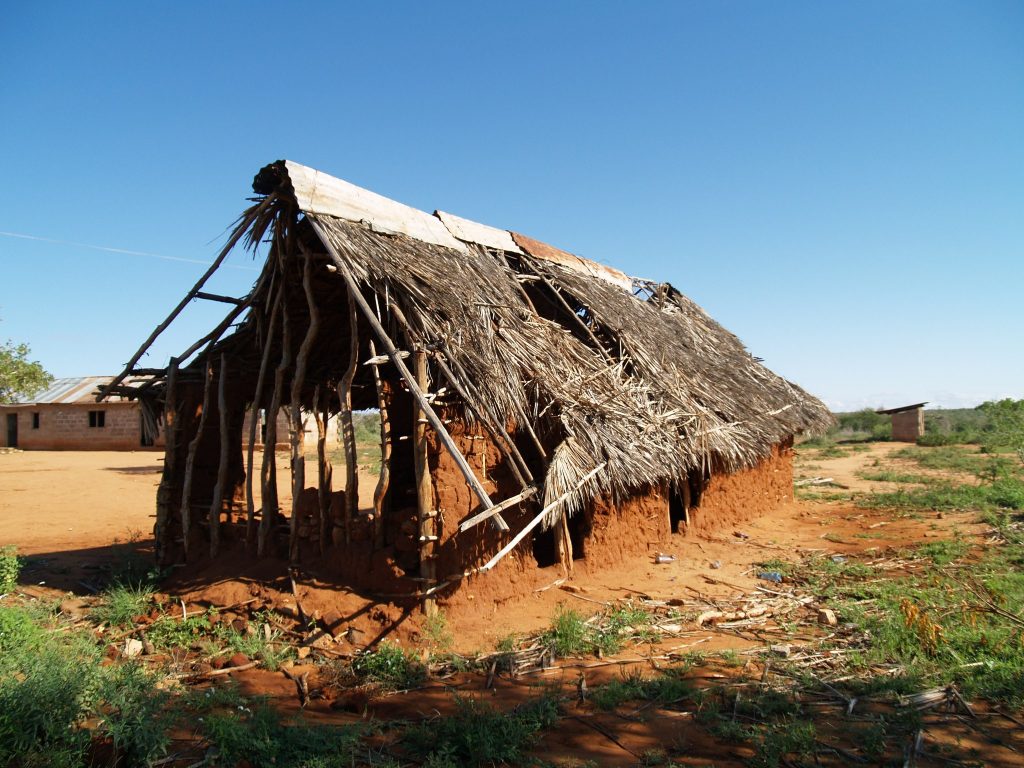 Following discussions with the local community, the Agricultural Development Corporation (ADC), and the school staff, we returned in September 2013 with volunteers from Ireland, the UK, Kenya and many more from local business interests and community groups in the area. At times the site looked chaotic, as if we were building a skyscraper, there were that many helpers. However, it was organised chaos and the finished buildings and toilets were achieved through a collective determination to take the children from a state of desperation, to conditions that they have deserved for so long. The transformation was breath taking as you can see from the before and after shots. In addition to renovating the existing rooms, we built another four classrooms, as well as the provision of male and female toilets for the students. All the buildings were plastered internally and externally and new concrete floors were put in. As well as that, we brought 200 uniforms with us and each child was given a complete new set. We also supplied each child with their own personal issue of pens, pencils and other learning aids and all school furniture was either re-vamped or replaced.

Many bridges were built with the Galana Community who had never seen volunteers work in such a way. Indeed, the cooperation and partnership that developed between Galana Community members and the volunteers was remarkable. The cultural and personal exchanges were therefore almost as important as the primary building objectives. It was even more important to explain that we were but representatives of those many others who had donated so generously to the overall success of the project.
Although we will never accept responsibility for some of the new phrases that have entered the local vocabulary it is safe to say that by the time the volunteers were leaving a true spirit of genuine friendship and warmth had been firmly established and volunteering from within the community had become popular. 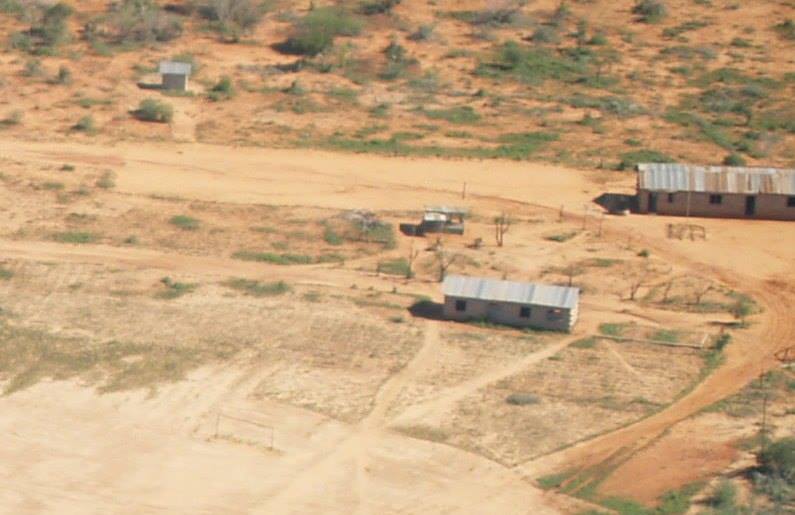 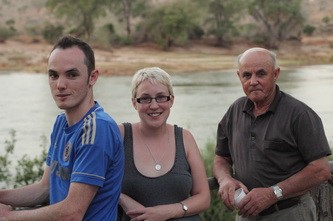 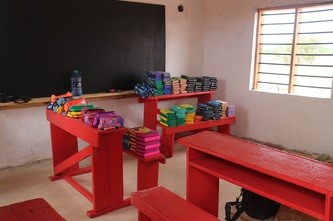 Whilst the 2013 project relieved pressure on the primary school, the chronic issues faced by the infant classes remained. These issues were discussed with our partners and supporters and a project plan was drawn up to address them in 2014. We are now delighted to say that this Kindergarten building project was a tremendous success and that Friends From Ireland volunteers and supporters reached all project goals and indeed even a little more.

A new building now stands on the school site with three classrooms and a staffroom. Each classroom has been fitted with furniture, made on site by volunteers and has been decorated to stimulate the minds of the tiny kids who will occupy them. There were approximately 70 children on the school infant roll at the time but we provided space and furniture for 110 as we know from experience that parents are more willing to send their children to school when they know the conditions are safe and suitable. The building now also contains a small library which in addition to books includes a stock of sports equipment to encourage sport and plain old fashioned fun. Every block for this building was made on site by community volunteers and every piece of material down to the last nail was funded by our supporters. 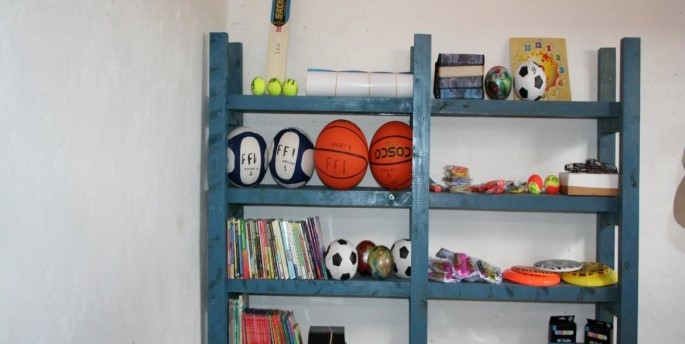 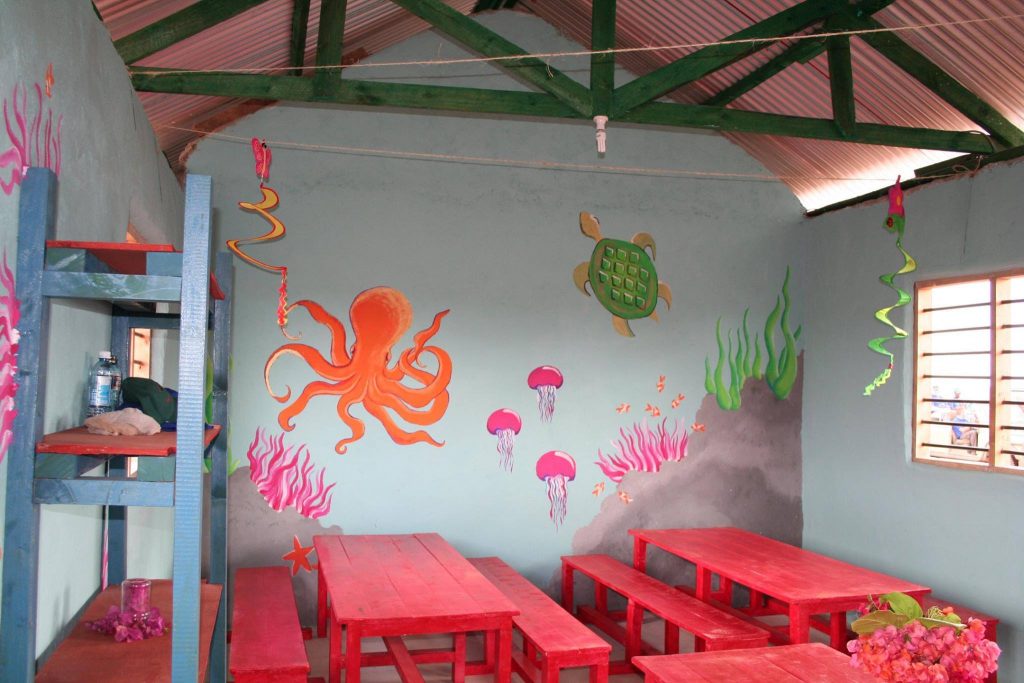 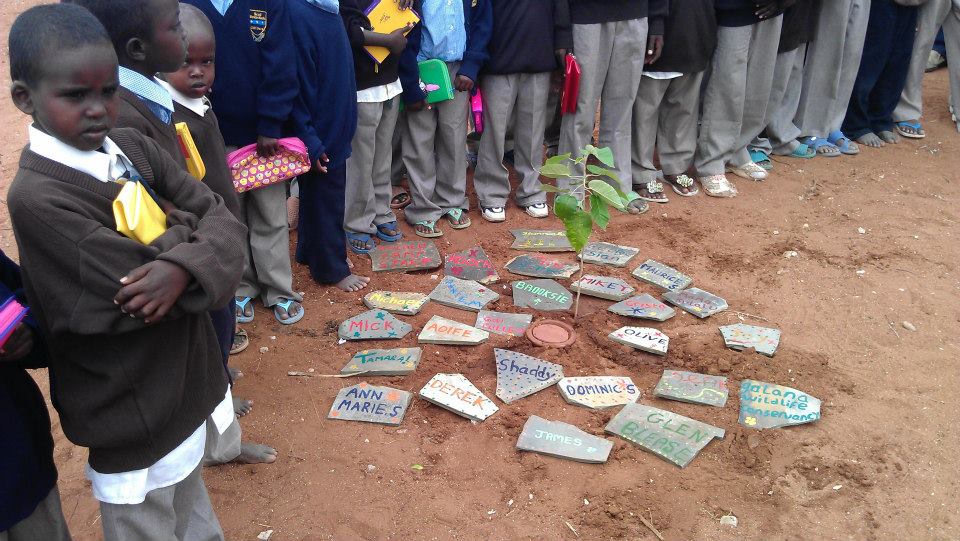 The two projects we had completed in 2013 and 2014 had already drastically improved the conditions in the primary and infant schools, but more improvements were needed to give these children the school they deserved. Our volunteers travelled to Galana in September 2015 and over the course of two weeks they completed our third project at this school.

There were three separate sites within the project area, at the Dispensary, the library and staffroom and at the new kitchen. To begin with, the three new concrete floors had to be mixed by hand for the staffroom, kitchen, and library. At the Dispensary, the whole building was made ready for painting and two unused rooms were prepared for the Women’s Initiative Group and the installation of a sewing workshop. As the days progressed, the floors, plastering and painting teams made huge headway. Help from the community and teachers was terrific and it was tremendous to see how the last couple of years working together had created such a comfortable and experienced team of varying skills and talents. As the teams entered the second week we concentrated on making furniture, storage and shelving for the new rooms. We also addressed some of the wear and tear issues at the school and managed to give all the buildings a new coat of paint. The electrics were installed which will work in tandem with the solar power system and we installed laptops in the library. In addition to the building of the new rooms the project team also donated a large number of books, sports equipment and clothing. The Dispensary also received a significant donation of medicine and children’s clothes.

The handover ceremony took place on the 11th of September. It was a poignant day for all concerned. The kids were all there, excited as usual, singing and causing wonderful mayhem. The usual types of people made speeches and the media were there to record it all. However, at the eastern end of the school site, rising up from the bare earth stood a collection of timber posts, branches from long dead trees, which only two years earlier had formed the supports for the mud walls of what was then the pitiful but much used and valued Galana Primary School. 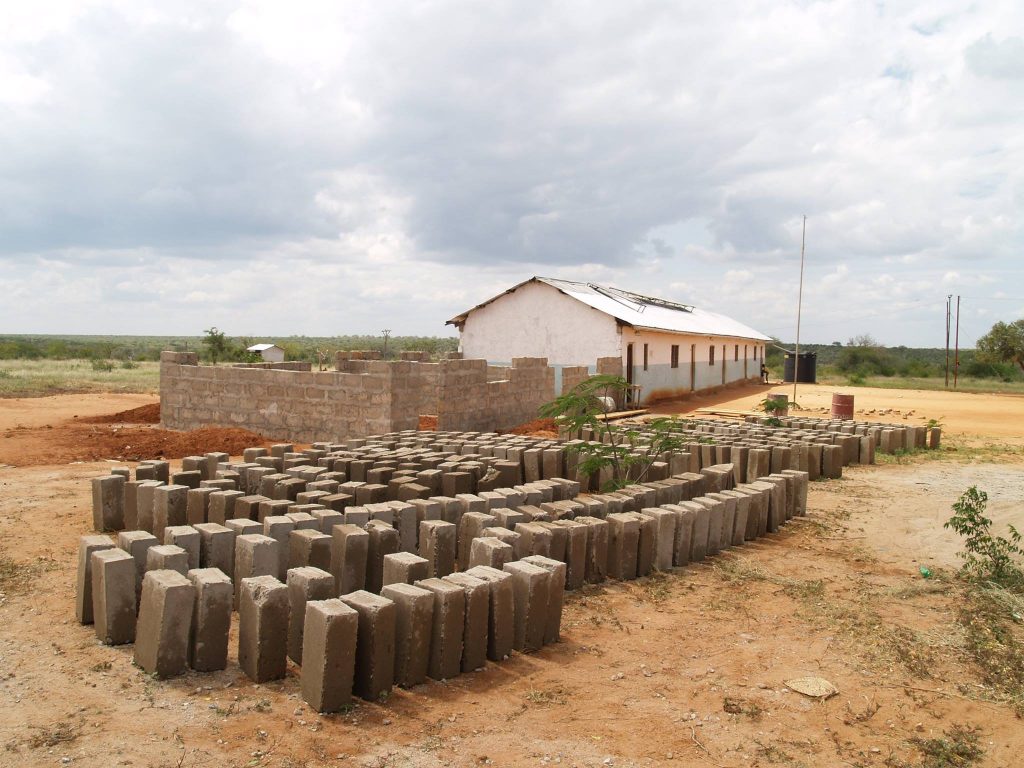 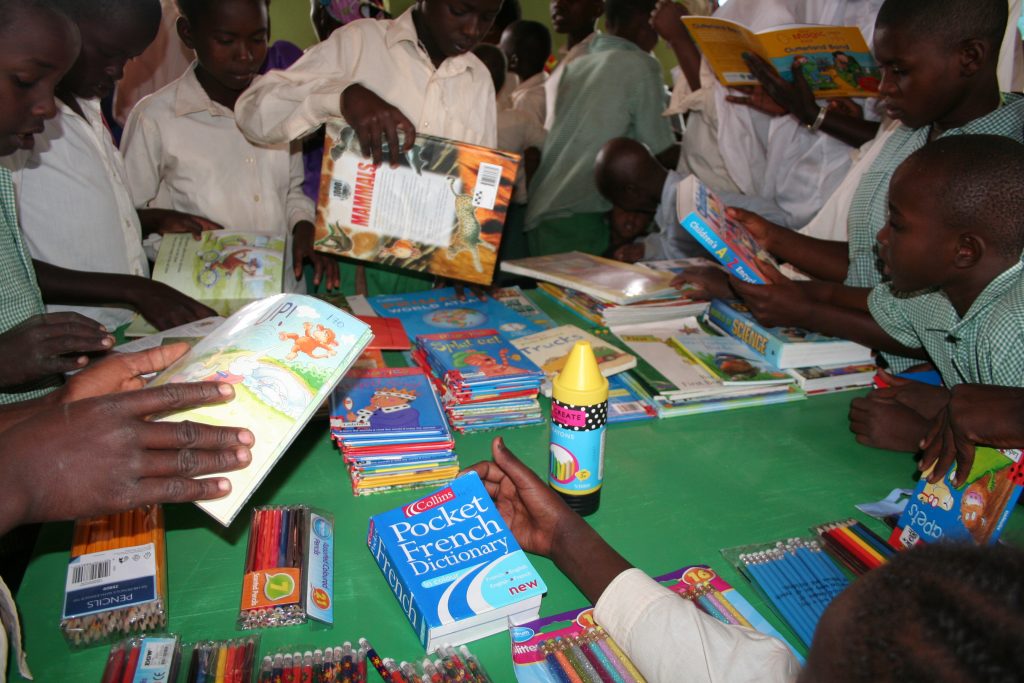 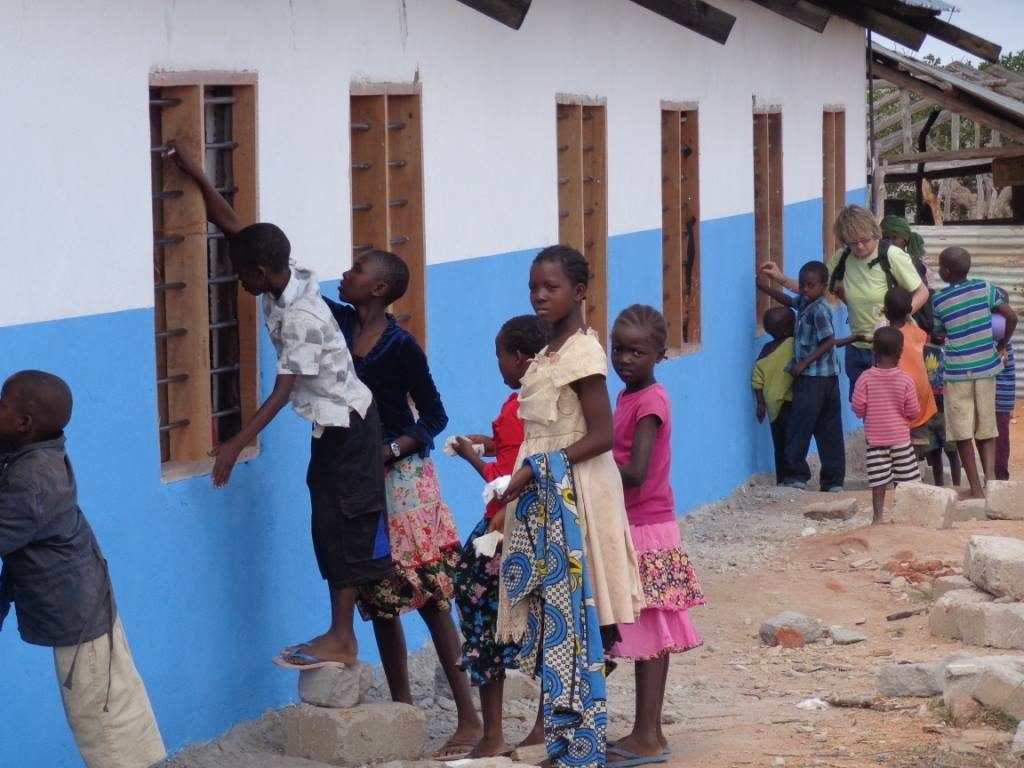 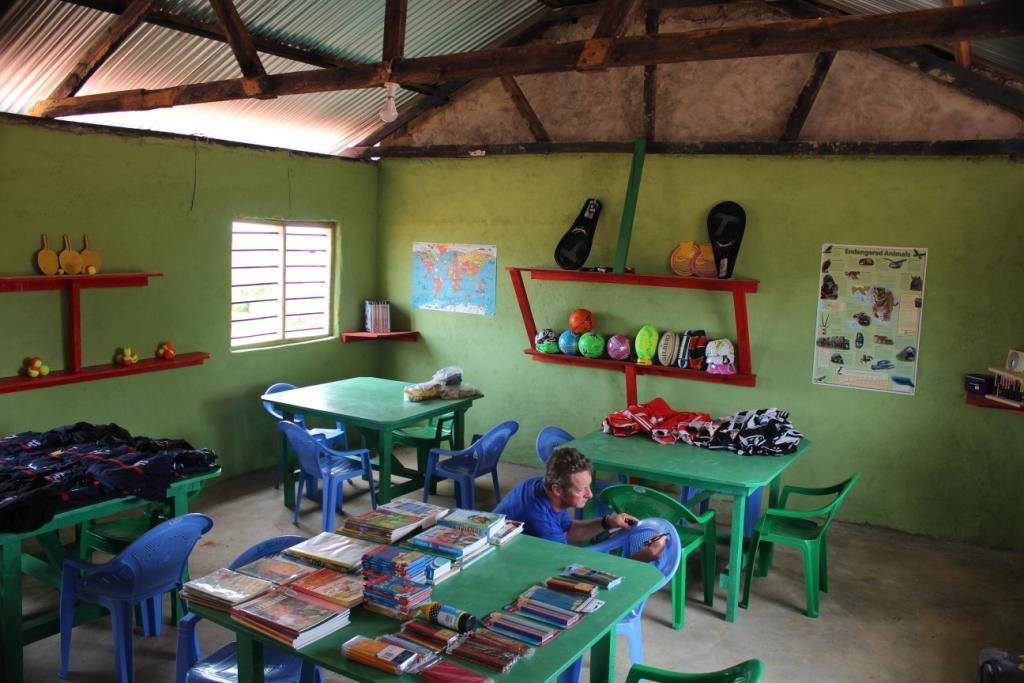 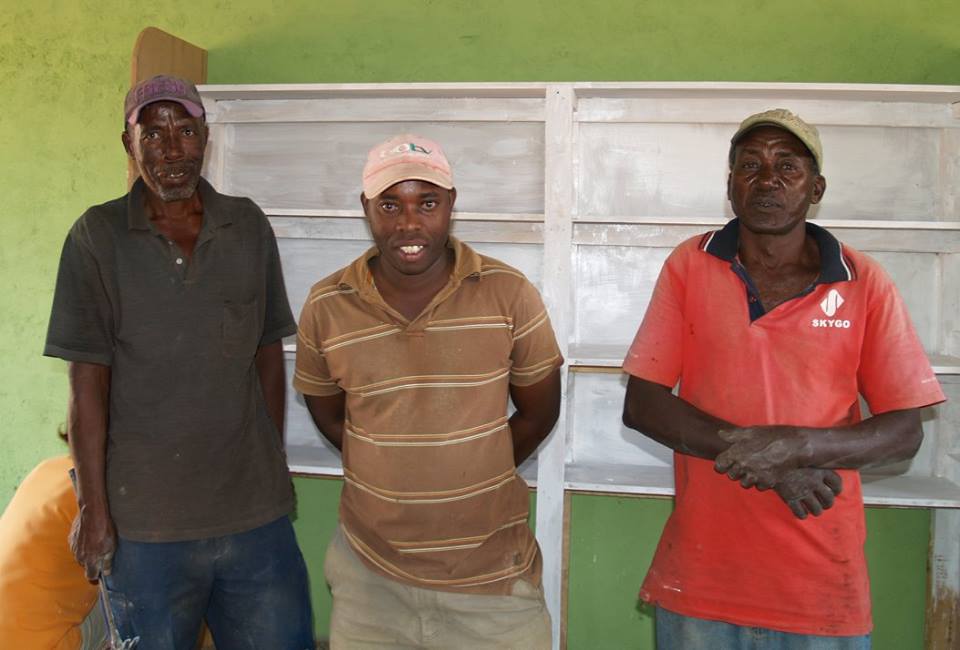 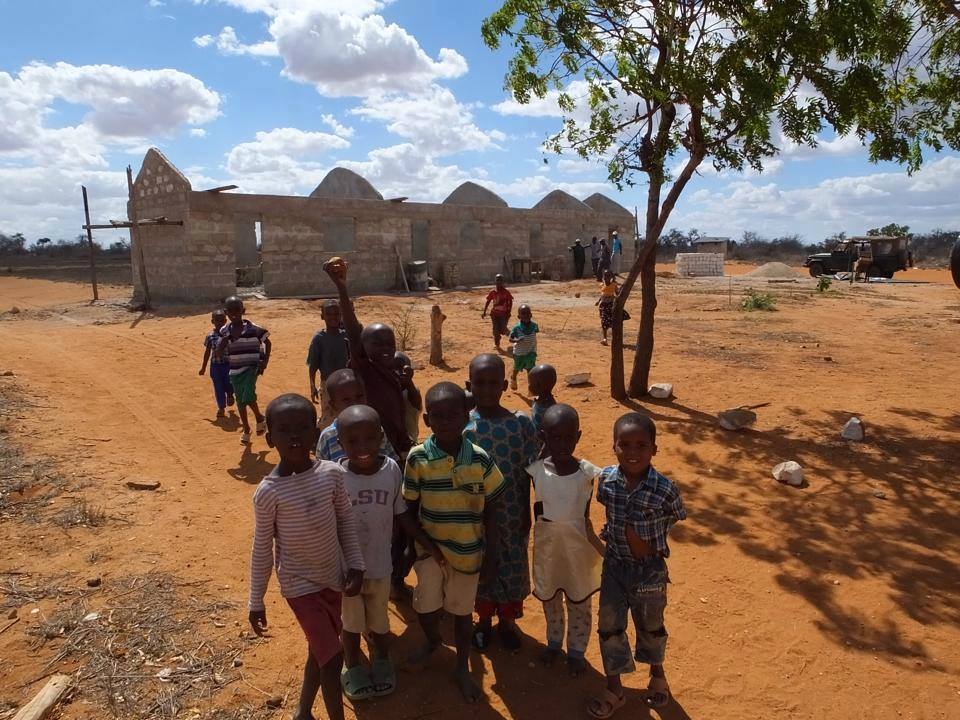 In the twenty-four month period starting September 2013 Friends From Ireland, the Galana Community, and all our supporters renovated four dilapidated classrooms and built a further four in the Primary School. We built a new Kindergarten comprising of three classrooms and an office. We built a staffroom to help face the huge challenges faced by the teaching staff, a traditional library to encourage further education, and a sports equipment library to encourage involvement in sport. To support the women who feed the children on a daily basis we removed them from the horrific conditions they endured and built them, with their design and measurement advice, a new kitchen area that is well ventilated and fit for purpose.

Throughout all of these projects Friends From Ireland received huge support from so many local businesses and community organisations. Special mention must go to the following; all the staff and management of Kulalu Camp who hosted each volunteer group and ensured we were fed, watered and rested throughout the projects; the management and staff of the ADC; the Galana Wildlife Conservancy; Wells Fargo; Gai and Garry Cullen; Tina and Mark Allen; Eric Mwashighadi for always being there; Turtle Bay Beach Resort in Watamu for hosting us on our first and last nights in Kenya; and of course the local community in Galana. By working together we can make a real difference in the lives of these children. 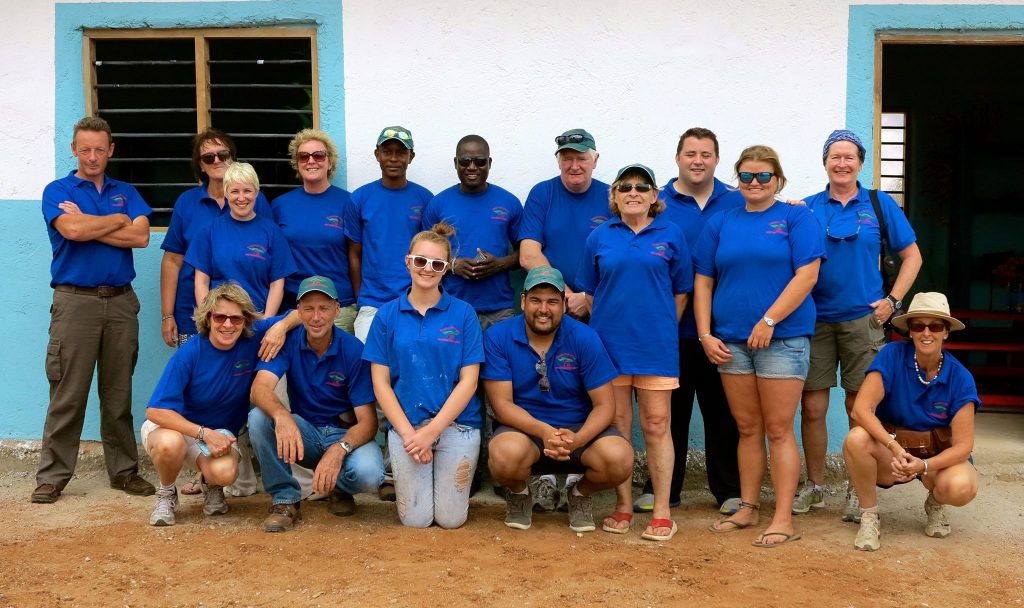 By 2019 the kindergarten, school, and kitchen buildings were suffering from years of constant use and needed urgent and significant repair to the floors, windows, doors, desks etc, in addition to a complete re-paint job to restore hygiene levels back to a fitting and safe level for all the kids. It was a huge ask of our volunteers to get it all done in the time we had but in true Friends From Ireland style and with lots of help from the teachers, the Galana Wildlife Conservancy team and the Agricultural Development Corporation team we managed to get all of our goals achieved:

1. Complete all essential maintenance on the Primary School classrooms.

2. Complete all essential maintenance on the Kindergarten classrooms.

5. Paint all 15 classrooms and offices.

The volunteers worked tirelessly in temperatures that rose on some days to 40°C and early starts were the norm to take advantage of the cooler mornings – but some still managed to sneak off for the odd game of football with the kids or impromptu singing sessions.